Oldham Museum & Archive (OMA) is the new name for the city’s new £13 million heritage centre which aims to showcase Oldham’s industrial past, from its time as the cotton spinning capital of the world to the present day. There will also be gallery spaces, archives, public research rooms, bars and meeting spaces. The project is part of a wider two-decade transformation plan to establish a new cultural quarter in the town. This previously included renovations to the Coliseum Theatre, however this project was re-evaluated by the council, due to funding concerns and the project has been delayed somewhat. Contractor Gilbert-Ash was previously engaged by the council on the project and had completed strip-out of the listed building under a pre-contract services agreement, but in October 2019 it was announced that the council instead decided to pick Interserve as contractor through the Procure North West framework. Mecanoo has also been replaced as architect by Ellis Williams. Construction is now underway and OMA is slated to be complete by late 2021. (Updated 6 March 2020) 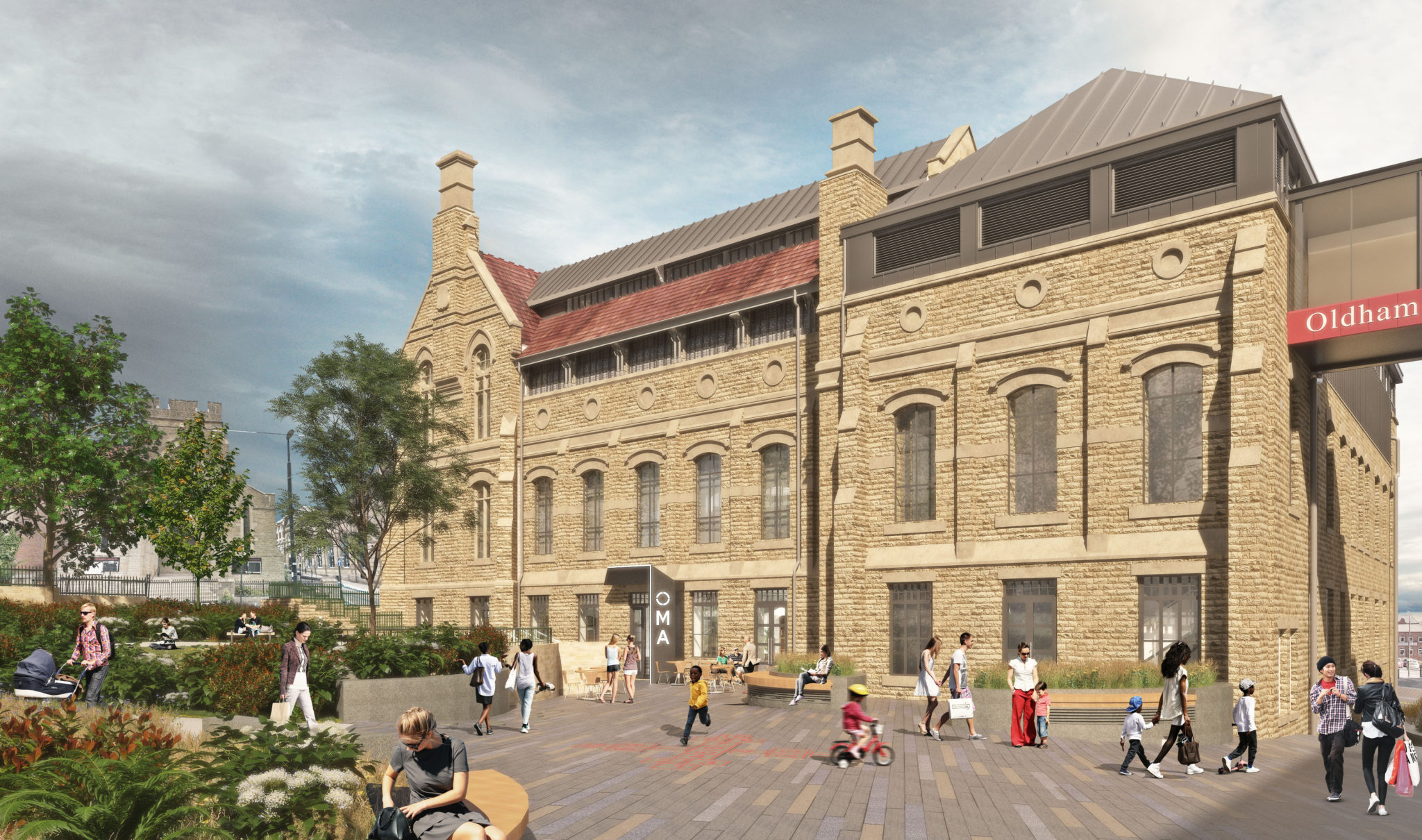 Sean Fielding
Councillor and Leader of the Council
07912 774 980
sean.fielding@oldham.gov.uk