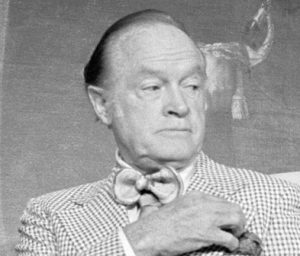 The Library of Congress is the nation’s oldest federal cultural institution and serves as the research arm of Congress. It is also the largest library in the world, with over 158 million books, recordings, photographs, maps, films and video, sheet music, sound recordings, and manuscripts in its collections. The Library had a requirement for Audio Visual Services for its upcoming exhibition, That’s Showbiz: Hollywood, Hope, and Fame, which will be on view for five years.  The exhibit will have a special focus on Bob Hope’s extraordinary career (pictured), which began on Broadway and covered most every entertainment medium of the twentieth century—from live theater to Hollywood films, broadcast radio, and finally, television. The successful contractor is VideoArt Productions of Washington, DC. The estimated contract value is $286,956.

To see the original notice, please go to the following link.

To see the full award, please go to the following link.