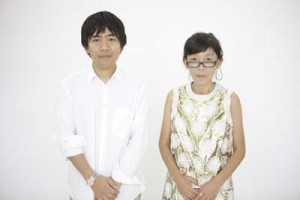 The Japanese firm Saana, led by Kazuyo Sejima and Ryue Nishizawa has been awarded one of architecture's highest honours, the Pritzker Prize. The prize and $100,000 is given annually in New York by the Hyatt Foundation.  The architects were cited for their "architecture that is simultaneously delicate and powerful, precise and fluid, ingenious but not overly or overtly clever."

Saana have become an increasingly influential force in museum and cultural design in the past decade, having completed New York's New Museum of Contemporary Art, the Toledo Museum of Art Glass Pavilion, the O Museum and the 21st Century Museum of Contemporary Art in Japan, and the 2009 Serpentine Gallery Pavilion.  They are currently working on two major European museum projects -- the Louvre's branch museum in Lens, northern France, and the extension to the Institute d'Art Modern in Valencia, Spain.

Nishiwa said: “I receive this wonderful prize with great humility. I am very honoured and at the same time very surprised. Every time I finish a building I revel in possibilities and at the same time reflect on what has happened. Each project becomes my motivation for the next new project. In the same way this wonderful prize has given me a dynamic energy that I have never felt before.”