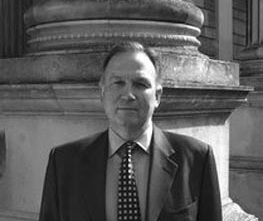 The 2011 New Year Honours List has been published, and figures in the museum and heritage sector are well represented, although no new Knights nor Dames were awarded in this particular list. Leading the group is Dr. Christopher Brown, Director of the Ashmolean Museum at the University of Oxford, who has been awarded a CBE for services to museums.   Dr. Brown oversaw the £61 million redevelopment of the museum, which reopened to critical acclaim in November, 2009.

Other CBE awards were given to Carole Souter, Chief Executive of the National Heritage Memorial Fund and Heritage Lottery Fund,  Janet Vitmayer, Director of the Horniman Museum in London, and Professor Stephen Blackmore, the Regius Keeper (Director) of the Royal Botanic Garden in Scotland.

Other honours were given to individuals associated with the Vindolanda Trust, the Victoria & Albert Museum, National Gallery, National Railway Museum, Clifton Park Museum, Royal College of Art and Visit York, amongst others.  The full list of individuals awarded honours working in the museums and heritage sector is listed below.

Commanders of the Order of the British Empire (CBE)

Officers of the Order of the British Empire (OBE)

Robert Balmer
For services to Maritime Heritage in the North East.

Sonia Rolt, FRS
For services to Industrial Archaeology and to Heritage.

Members of the Order of the British Empire (MBE)

Elizabeth Anne Hamilton
For voluntary service to the Victoria and Albert Museum.